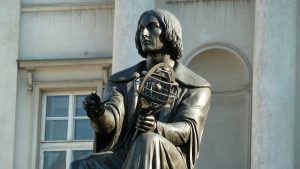 Warsaw in your pocket

The public transport in Warsaw consists of buses, trams, two subway lines and commuter trains. In all of these means of transport the same tariff applies. The tickets can be purchased in vending machines located at the stops, at newsstands, vending machines in selected buses (especially those going to and from the airport). The tickets have to be validated at the beggining of the journey! The following tickets can be useful:

Public transport connections can be searched on Google Maps or on the webpage jakdojade.pl.

Participants requiring a visa to visit Poland are advised to apply for one at Polish consulate well in advance. Information about Polish embassies and consulates can be found here. If you require an official invitation letter for the visa application, please tick it in the registration form.

The participants should arrange their own accommodation. While there are enough hotels in Warsaw to suit everyone’s taste and budget, it may be useful to consider options from the list below.

Hotels situated up to 25′ walking distance from the conference venue

Hotels in the city center

Some budget participants may also wish to stay in hostels located in the center of the city. For more information please consult e.g. hostelworld.com, hostels.com, hostelbookers.com.

Warsaw is served mainly by the Frederic Chopin airport located within the city limits, 10 km from the city center.

The best way to get to the city center is to take a bus number 175 from the airport. Trip to the Central Railway Station (located at the city center) takes about 28 min (you have to get off at the stop DW. CENTRALNY). To get to the Ochota Campus of the University of Warsaw (the conference site) you should take bus number 175 or 188, and get off at the stop BANACHA-SZPITAL. The trip takes about 16-20 minutes, depending on traffic. For the detailed information about the tariff in the public transport see below, or consult this web page. All timetables can be found with Google Maps Transit. Many hotels can be reached by bus number 175: “Polonia Palace”, “Metropol”, “Novotel Centrum” (stop CENTRUM), “Mariott”, “Hampton by Hilton” (stop DW. CENTRALNY), “Campanile Varsovie”, “Premiere Classe Varsovie”, “Golden Tulip”, “Radisson Blu Sobieski” (stop PL. ZAWISZY). Please note that pickpocketers tend to be an issue on airport buses.

Another way of reaching the city center is by train, line S2. The train station is very close to the terminals, it can be found by following the signs on the floor. The station located in the center is called WARSZAWA ŚRÓDMIEŚCIE, the trip to the center takes about 30 minutes. To go from the center to the conference site, you need to take tram number 7, 9 or 25 or bus 175 or 128 at the stop CENTRUM and go to the stop OCH-TEATR (BANACHA-SZPITAL in case of buses), the trip takes approximately 11 minutes. The tarifs are the same as in the buses, see below.

In the neighbourhood of Warsaw, 35 km from the city, there is also Modlin Airport, where Ryanair operates. Getting from the Modlin airport to the center of Warsaw takes about 50 minutes.

The standard fare for the shuttle bus is 35 PLN one way (ticket can bought from the bus driver), but it is posible to find cheaper prices while booking online. The timetable can be found here. The bus stops in the city center, next to the Palace of Culture and Science. To get to the conference site, you need to walk to the bus stop CENTRUM and take tram number 7, 9 or 25 or bus 175 or 128 and go to the stop OCH-TEATR (BANACHA-SZPITAL in case of buses), the trip takes approximately 11 minutes.

The connection with the train costs 17 PLN one way. First, you have to take a bus to the train station, and then take a train. There is one for the whole journey. It can be purchased at the stall in the baggage reclaim area. After getting off the train the ticket can be used to travel with the public transport in the city for a period of 75 minutes from the hour written permanently by the passenger on the ticket in the designated spot. The buses and trains are synchronised, the schedule can be found here. The train stops at the central station (“Warszawa Centralna”). To get from here to the conference site you should take tram number 7, 9 or 25 or bus 175 or 128 at the stop DW. CENTRALNY and go to the stop OCH-TEATR (BANACHA-SZPITAL in case of buses), the trip takes approximately 10 minutes.

Warsaw main railway station Warszawa Centralna is located in the city center, with many bus and tram routes connecting it directly with all parts of the city. In particular buses number 175, 128 and 504, and trams number 7, 9, 25 go directly to the Ochota campus of the University of Warsaw (the conference site, stop OCH-TEATR). The trip takes about 10 minutes.  The taxi stand can be found by following the signs on the platforms and along the underground passages.